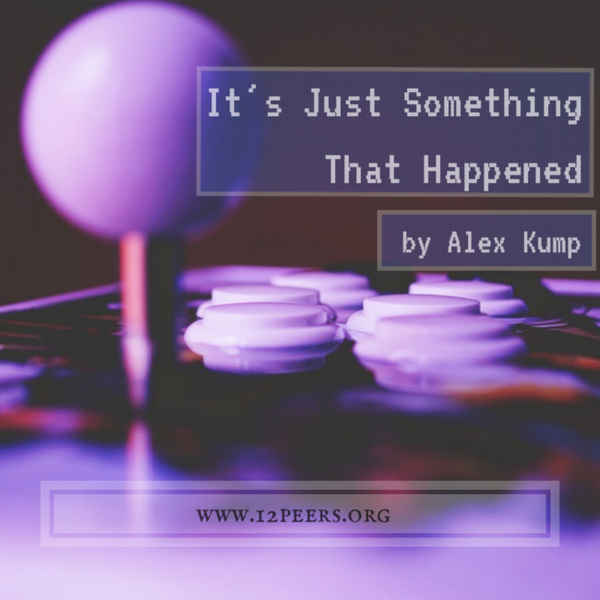 Episode 19 - It's Just Something That Happened by Alex Kump

It’s Just Something That Happened

It’s Just Something That Happened Synopsis

The Family Fun Time Bowling Center will be closing its doors at the end of the season. Frankie and Eli spend their summer with Billy, who is doing nothing with his life, and Death (short for Meredith) the gamer obsessed with old arcade games, and the new employee Christopher. At a party in the arcade, something happens that threatens to break apart Frankie and Eli's friendship for good. It's Just Something That Happened is a coming-of-age play about friendship and uncertain futures.

Alex Kump is a playwright, performance artist, and general Jack-of-All-Trades based in Chicago, Illinois. He an Assistant Director and company member with Drinking and Writing Theater, and a production manager with Wild Atlas Theatre Co. Alex is currently performing in VS at the Drinking and Writing Theater twice weekly in Chicago, where he writes and performs short performance art pieces. He also will be writing and performing in a full-length performance art piece in April, in which he and his performance partner will be attempting to catalog the death of every writer ever.

Founded in 2011, and taking their name from the Twelve Peers of Charlemagne, 12 Peers Theater is a 501(c)(3) organization operating in the Greater Pittsburgh Area. 12 Peers Theater's mission is to provide challenging and engaging theater through contemporary works exploring myth and cultural identity. www.12peerstheater.org